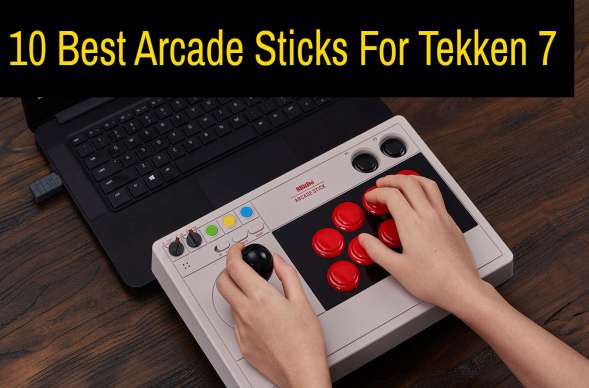 So to play these games, you need the right arcade stick. Today at Bigeno, we will mention the ten best arcade sticks that you can use to play Tekken 7. This article will cover fight sticks that work best in Tekken 7; for other games, we will write another essay, but today, we will only cover sticks that are best for Tekken 7.

Which Lever To Use For Tekken 7?

You have seen the table of sticks that I will mention, but before explaining the PROS and CONS of those fight sticks, I will first clarify which lever is best with these sticks? 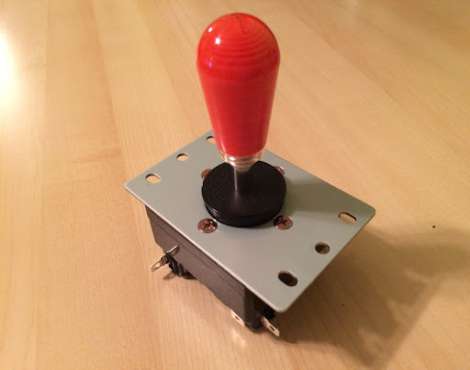 This is the screenshot of Crown Lever, and you may have already seen Sanwa Lever; if not, please look at any product I have mentioned; you will find the Sanwa Lever yourself.

I am not saying that Crown MJ309 is necessary for that, but the true Tekken legend Rox Dragons Knee uses Crown Lever, and many other personalities also use Crown Lever. The choice is yours.

This was my personal experience that I have shared with you because I love Tekken 7, and I play it regularly. I have also used the Sanwa Lever, but I cannot explain the comfort I got with Crown MJ309.

OK, now I think I should start reviewing those fight sticks that I have mentioned. 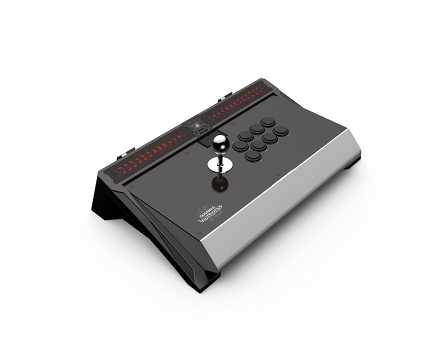 The first stick that comes on my list for Tekken 7 is Qanba Dragon. This is the best fight stick when it comes to playing Tekken 7. It is a stick with a heavyweight. Tekken 7 players want a heavyweight stick because if your stick is lightweight, you will face problems while performing any combo that is hard to accomplish.

This stick is best for Mishima players because Mishima’s combos are challenging to perform. While performing the combos of Mishima’s, you need your stick to be frozen.

Sony officially licenses this fantastic piece, and it comes with great Sanwa buttons. The buttons of this stick are soft, and you can press these buttons without any power. 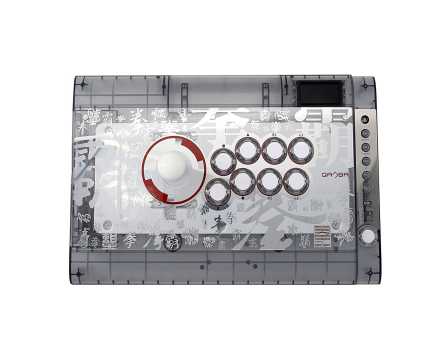 QANBA Crystal is a new variant manufactured by QANBA. This is another QANBA product that I am reviewing, and no doubt, it is best for Tekken 7. Qanba Crystal is a newly launched fight stick that comes in white color.

The buttons placed on this stick are Qanba buttons. There is no chance of any noise while pressing the buttons. Sanwa buttons contain noise when you press them hard, but in Qanba Crystal, the controls are changed, so no noise occurs even if you press the buttons hard. 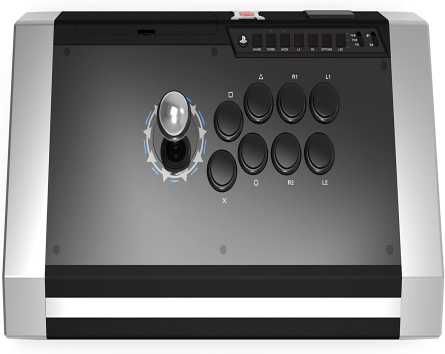 The variant of Obsidian comes in a black color whose weight is 6.6 pounds. It was first available on February 1, 2016, and this stick will improve your gaming experience.

The buttons placed on this stick are of Sanwa Denshi, and there are two input methods of this stick. You can plug-in its USB port inside the PlayStation, but if you don’t want to do this, you can directly press the PS button to connect it with the PlayStation.

The padding of this stick is fantastic. The downside part of this variant is metal. When you put this stick on your knees, there are 0 chances of getting slipped because of its fantastic anti-padding material. 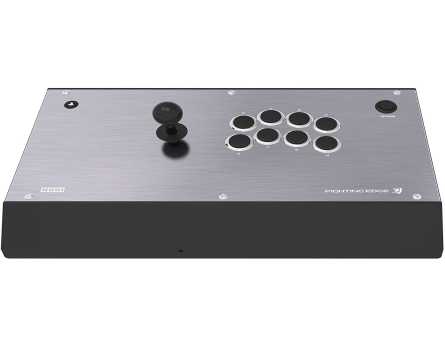 On the number 4 spot, I will mention another brand, and it is HORI. This is the first stick of the HORI brand that I am reviewing. Sony also licenses HORI Fighting Edge, and it comes with a brushed aluminum panel whose look is fantastic.

This variant is controlled with wire, and no wireless mode is available. The battery equipped with this stick is wireless, so you cannot connect it with the direct input method. You have to insert the USB cable inside the PlayStation to connect it.

Everything is designed well. The turbo button is too much large, so you can quickly press it once you know where it is. Original and programmable Hayabusa buttons are placed on it. 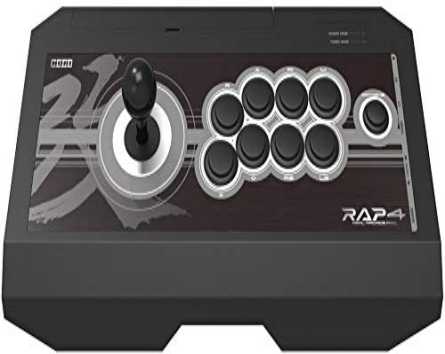 On the 5th spot comes an Arcade Stick that I have used personally. This stick’s name is RAP 4, and when I used RAP 4 to play Tekken 7, it gave me an outstanding experience. When I used this stick for the first time, it was equipped with Sanwa Lever, but then I replaced Sanwa with Crown, and I cannot explain how happy I was when I played Tekken 7 with this stick.

This stick is long in shape, and there are four different colors available. RAP 4 is available in Black, White, Red, and Blue color with original buttons.

The variant in white color is fantastic, and it is light-weight with several other features. There is no headphone jack inside, so you cannot insert any microphone in it. 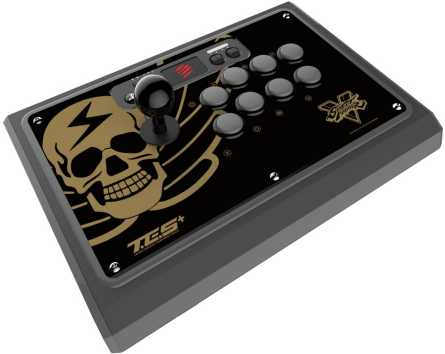 Mad Catz is another fight stick best for Tekken players. Street Fighter V’s image is posted on its cover, but that doesn’t mean it doesn’t work fine with Tekken. You can play awesome Tekken on it, and it is an old stick with attractive grey buttons.

This product of Mad Catz comes in two variants. One is Alpha and the second is TES+. I recommend every user use the TES+ variant because that version is best for Tekken.

It has a long 3 meter USB cable. You can use this stick even you are sitting far away from the LED. 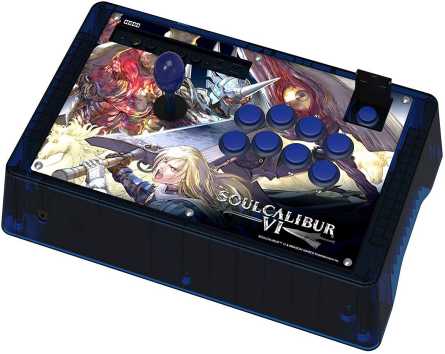 RAP Pro is another stick good for Tekken. The fantastic art of Soul Calibur makes it look awesome. This is so far the best stick for every game, not just Tekken, but you can also play Soul Calibur on it without any problem.

I have written Soul Calibur VI in the title, so I don’t think it only works with Soul Calibur. You will have an outstanding Tekken experience while using it. 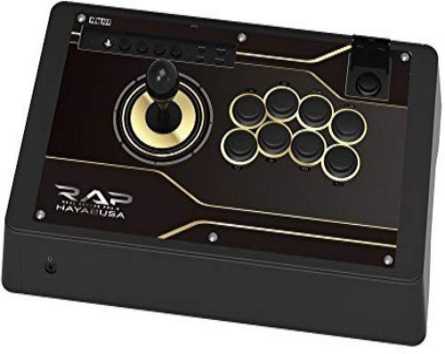 I picked RAP Pro N in my own hands, but I will not lie, I haven’t used it personally, but this is one of the best fight stick ever. This stick is best for Tekken players as my friends use this stick. I took feedback from them, they recommended this piece for me, but I haven’t used it yet.

SIEA licenses this stick, and it is compatible with PS3 and 4. You can see an overview of this stick in the screenshot. You can see how attractive it is. This stick is best for newbies who entered newly in Tekken.

The buttons of this fight stick are soft, and the layout of this stick is fantastic. The base is larger as compared to the other sticks. 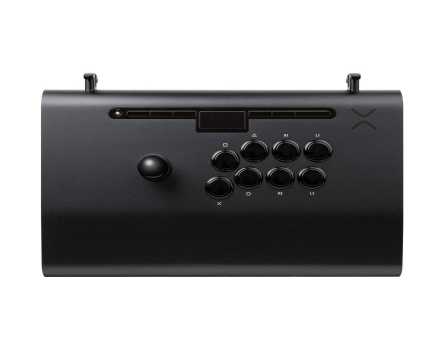 I am saying this stick is on the top spot because it is used by a famous sports personality, Arslan Ash. If you play Tekken, then you must know Arslan Ash. He is the only player of the Tekken community who has won two EVO championships in one year. In 2019, Arslan Ash came from a country that is not rated well in the Tekken community, and he won two EVOs. So he uses this stick himself, and I don’t think that a famous sports personality will use this stick without any reason.

There is another cool feature; this stick is compatible with PlayStation and XBOX One. 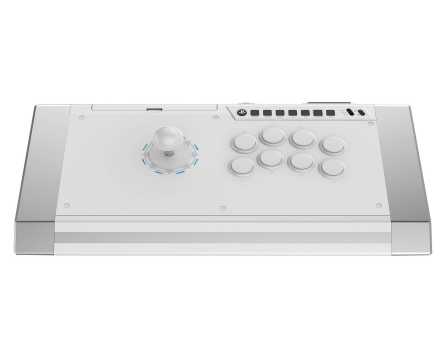 This is the last stick in my list, and again I am mentioning a Qanba variant. Qanba Pearl is a newly released variant with a curved button layout.

It has fantastic LED lightning with great Sanwa buttons and a lever. Whenever you perform any combo, the LED light of this stick flares. This view is excellent for every user who sees it.

This is the only stick in my list that is compatible with every console. You can use this stick even on your Macbook. The chip placed inside this stick also works with Macbook.

It was released on June 18, 2020, so this is not much popular, but every Tekken user will give feedback about this stick in the upcoming days, then we will share the feedback with the latest updates.

Any problem with these fight sticks, you can seek help from us by mentioning your question in the comments section.

I will see you in the next article. If you have any suggestions, please let us know. We actively respond in the comments section; thanks.

We are a participant in Amazon Affiliate Program. We earn money when you buy something through us. Kindly make purchases through our links so that we may earn some commission. Please support us so that we can write more reviews, Thanks!